Ali Kent has lashed out at the City of Kalgoorlie-Boulder on Lot 350, accusing it of deliberately misleading a key industrial proponent looking to secure a slice of the land earmarked for future industrial development.

The Lower House Member for Kalgoorlie yesterday used her parliamentary platform to hit back at previous claims by the City the State Government was stifling progress of Lot 350 by not handing it over to the council.

Ms Kent said the City had been lining up proponents for Lot 350 without authority, leading to delays and loss to potential investors, including a company that had outlaid $500,000 based on “misinformation”.

Ms Kent’s comments were backed up by new State Lands Minister Tony Buti, who said while the McGowan Government had been progressing the project, the City had been taking a long time to meet its commitments.

Mr Buti said Ms Kent had persevered with her advocacy for the development of the 214ha parcel of land, despite dealing with “some unusual and counter-productive activity and statements by the City”.

Lot 350 proved to be a thorny issue in the build-up to the State election on March 13.

That was yesterday highlighted by Ms Kent, who said during her election campaign she was “bombarded with negativity and blame” at the perceived fault of the State Government at not handing over the land.

“I even had City councillors privately and publicly chastising me for allowing the Government to hold up development of Lot 350,”Ms Kent said. “Consequently the truth about the negotiations and who was experienced (enough) to bring development to this industrial land needed to become clear.”

A deadlock emerged early this year with the State Government saying development of the land without proper due diligence would expose it and Kalgoorlie-Boulder ratepayers to “significant liability”.

But the City said any delay in securing a head lease for Lot 350 could jeopardise the city’s economic development and scare off projects tipped to be worth a combined $2 billion.

WA Premier Mark McGowan vowed just two days before the election Lot 350’s development would be a priority if his party was re-elected to State Government.

Progress on the land and the deadlock was broken when the City last month agreed to surrender the management order of the land so the site could be developed as a Strategic Industrial Area by DevelopmentWA.

But Ms Kent yesterday said a meeting with EnergyOz six weeks ago had been a “revelation”.

“The management of a strategic industrial area such as Lot 350 would usually involve State Government agencies providing project approval with DevelopmentWA holding the land and negotiating and managing leases,” she said.

“However, in relation to Lot 350 the City of Kalgoorlie-Boulder took it upon themselves to liaise and negotiate with a range of proponents for leases on the industrial land.

“This has caused delays, time restrictions and the loss to potential investors including a main proponent outlaying a half a million dollars based on misinformation provided to them.”

Ms Kent said she met with EnergyOz on April 13 which had been told by the City in August it would take six weeks to secure the land.

She said EnergyOz was told the City had control over the land and it was just a procedural matter to secure the amount of land they required. 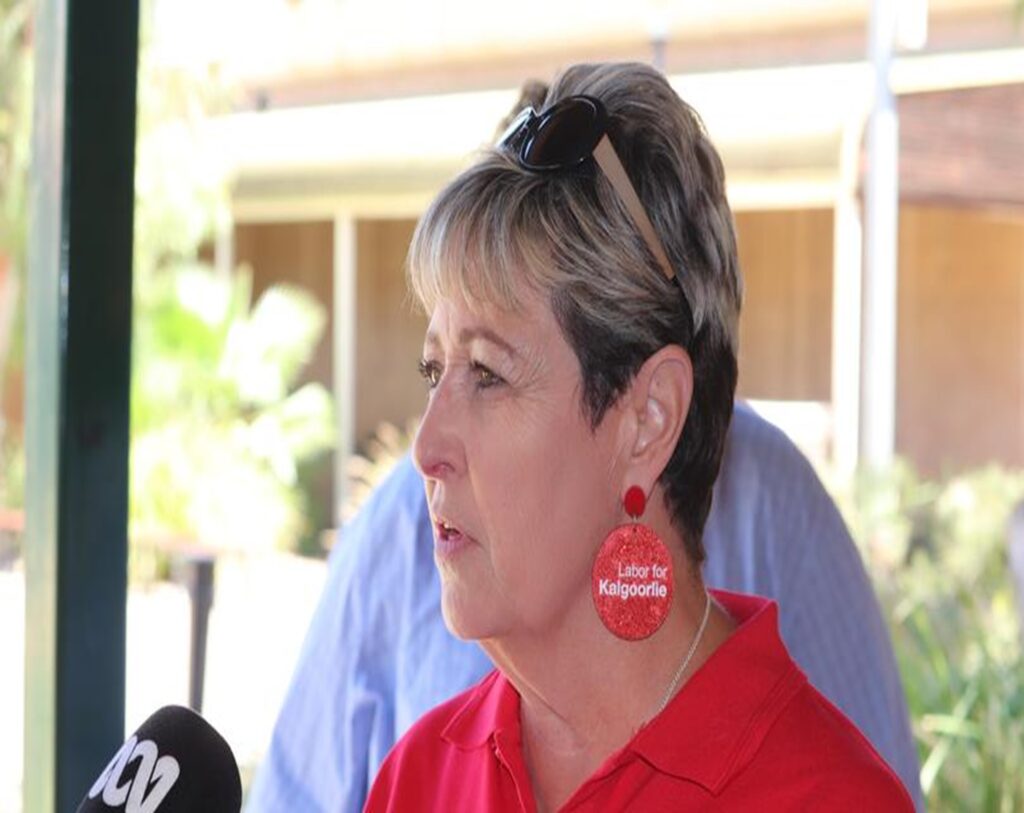 “Based on this assurance, EnergyOz outlaid half a million dollars to get their project ready for commencement,” she said.

“Over the following five months EnergyOz met with the City of Kalgoorlie on numerous occasions and were told repeatedly that approval was being delayed but that it was imminent.

“EnergyOz said, ‘this is unacceptable, should we go to the Department of Planning Lands and Heritage and Development WA?’

“(They) were told unreservedly by the CEO John Walker not to do so because he had it all in hand.”

Ms Kent said by January “things had started to unravel” and after a prolonged “run-around” EnergyOz met key Government departments in early March.

“At this meeting they finally learnt that everything they had been told since August 2020 was wrong,” she said.

“They discovered the City of Kalgoorlie-Boulder could not commit to leases to any potential proponents because they did not have the authority to do so. You can imagine how this news was received.”

Dr Buti said the State Government had since finalised an industrial land use study deeming Lot 350 suitable for industrial development.

“I can assure you that DevelopmentWA has ensured that Lot 350 is to be used for industrial purposes,” he said.

“That’s what it’s been set aside for but it’s the State that has to drive that; we are in the best position to do so and that’s what we are doing.

“We’ve requested the City of Boulder to provide a list of the proponents, they failed to do that to the degree of detail they should have done.

“They have finally provided us, after much advocacy by yourself, they have provided a list of proponents.”