The State Government will today cast aside any confusion about the future of Lot 350 as it outlines a definitive pathway for fast-track development of the key parcel of industrial land just west of Kalgoorlie-Boulder.

The Department of Planning, Lands and Heritage is completing valuations and surveys of Lot 350 ahead of transferring the land to DevelopmentWA.

The State Government said preliminary discussions were under way with proponents for the land ahead of the final land transfer, with land releases expected later this year.

In the meantime the DPLH is allowing due diligence investigations to start before the land is transferred to DevelopmentWA, with EnergyOz starting investigations at the site at the weekend as it forges ahead with plans for its gas-fired power plant.

That progression of Lot 350 comes after the City of Kalgoorlie-Boulder relinquished the management order of the site, breaking a deadlock between it and the State Government about who was best poised to drive the development of the site.

It also comes after WA Premier Mark McGowan vowed two days before the State election on March 13 that the development of Lot 350 would be a priority if his party was re-elected to government.

State Lands Minister Tony Buti said Kalgoorlie-Boulder played a significant role in the growth of WA’s economy. “We are working hard to expedite the necessary arrangements to facilitate planning and development of new industrial land within the City of Kalgoorlie-Boulder,” he said. 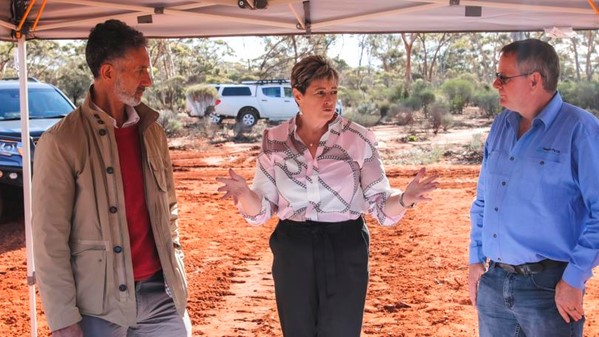 “This step will enable the release of land to market and encourage the growth of local businesses.”

“These projects will generate local jobs, both during construction and in future business operations, bringing further economic activity to Kalgoorlie and the broader Goldfields community,” she said.